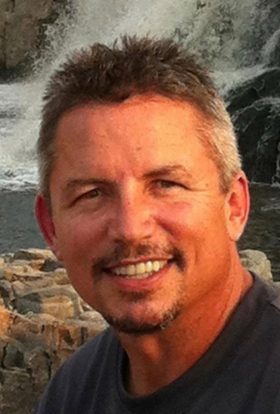 Vince always said, “Work hard, play harder”, a motto he truly lived by. He had a fierce and impressive work ethic which was admirable and a source of great pride for those who loved him. A very successful business man and natural born entrepreneur, starting as early as kindergarten, when he used his ink pad to sell classmates their fingerprints for a quarter. When he was a bit older, but still a young boy, he began his fireworks career, selling firecrackers to neighborhood kids from his front porch, out of his tackle box. Not knowing then, that the fireworks business would turn out to be his greatest professional challenge and accomplishment. Vince worked at and created multiple successful businesses, all of which shaped and honed his skills. Later he became a realtor with Prudential Real Estate Company, where he received the “Rookie of the Year” award. While he enjoyed selling real estate and further advancing his experience and salesmanship, he chose to move on and return to his entrepreneurial roots. He embraced his love of building and knowledge of the trades to create Elmbrook Handy Man and Remodeling. Vince worked relentlessly for years in that business, while also maintaining his retail fireworks business, which had always been a constant in his life, since he was a young boy. Together Vince and Heather decided to focus on the fireworks business and take it to another level, and that decision was a turning point in their lives, along with the love and support of their family, they reached their goal in 2012, when they built and opened their first brick and mortar fireworks store, American Fireworks.

He was a strong, big hearted, selfless man with grit, not afraid to speak his mind, striving to do his best, he always put family and friends first. Anyone who crossed paths with Vince knew he possessed a remarkable passion that left a lasting impression. His humor, quick wit, smile that lit up a room and his relentless teasing of Heather were a few of his trademarks. Vince would often say if he wasn’t on vacation he would be planning his next one. He had a great love for boating, relaxing at the lake, while enjoying a few beers, riding his Harley and getting the wind in his hair. Vince frequented Las Vegas, and Bullhead City, AZ where he loved to take his friends, showing them all the sites, especially, the “Homestake Mine”. He enjoyed shooting guns in the desert, going to concerts, Mexican and Jamaican vacations, State Fair, Brewer games and Packer games. Most of all he loved spending time and having fun with his friends and family!

Vince was greeted in heaven by his infant children, Alex and Savannah and long- time friend Jeff.

Special heartfelt thanks to all of Vince’s healthcare providers, especially his caring nurses and CNA’s who gave him exceptional care and comfort. Please know that Vince and I will always be thankful and blessed for your care. Love, Heather.

In keeping with Vince’s wishes there will not be a funeral service. Vince wanted his family and friends to celebrate his life, not mourn his death. In lieu of funeral services the family will have a “Celebration of Life” party. This will pay tribute to and honor Vince’s well lived life and will include a fireworks finale with Vince guiding their path into the sky as we bid him farewell, until we meet again. This event is in the planning stages. Updates will be posted on Vince’s Facebook page.

Help tell the story of Vince by contributing to the Life Event Timeline. Upload the photo of an event...

Heather my deepest sympathy to you and your family of the passing of Vince, I just found out from one of my employees that I sent over to buy fireworks and to ask for Vince, I am deeply saddened, and the world has lost a truly great person, he will missed. My love and prayers are for you and your family

Heather and family my deepest sympathy. Uncle Vince was a bright light to all of us and will truly be missed. His smile was infectious and humor kept is laughing. Sending my love and prayers.

My deepest sympathy to Vince's family. Our thoughts and prayers are with you all. We were fortunate enough to become part of his extended family through his grandson Gorman. Rest in peace

Heather, Ryan and family. My heart goes out to you. Vince was a loyal friend and uplifting person. He was so fun to hang out with and I will truly miss him. God bless you all and know that you’re in my prayers.

He'll always be with you. All my love to the family and know I'm here if you need me. Gramma Jackie

My condolences to the entire Siegel family for the loss of your beloved Vince. I didn't really get to know Vince that well. I was late coming into the family, but the one time I did get to spend time with him was on a pontoon ride we took together on Lake Nagawicka, the lake his Dad and my Mom live on. Like Heather expressed in her memorial, which was an awesome tribute and description of her husbands many talents, Vince was a special person. He accomplished much in his short life. I'm proud to have known him. One final comment. His love for his father was demonstrated by the incredible fireworks display he put on for his Dad's 80th birthday party. I am very sorry for your loss. I realize how heartbroken all of you must be. Hopefully we can heal the pain we all feel by loving and supporting one another more than we have before.

Heather such a beautiful tribute to Vince. My heart breaks for you and the entire family. I’m so sorry for all you’re going through & I’ll always be here for you through it all. Vince will never be forgotten. Love you sister❤️

Vince was the love of my life, he was my husband, my best friend, my forever soulmate and my heart is absolutely shattered. We shared so much; so many great times together, he brought so much love, laughter and joy to my life and to so many. Vince was my everything, my protector, and he always looked out for my best interests and I am forever thankful to him. We shared so many good times in the 25 years we were blessed to have together, that our struggles have faded and pale in comparison. With the grace of God and our deep love and respect for each other we always knew we would make it through anything and even in the toughest of times, we did just that. I miss Vince terribly and feel so lost without him, I miss his loving ways and how he loved to make me laugh. Oh how he made me laugh! Thank you Vince for loving me the way you did with everything you had. Love you always and forever, Heather