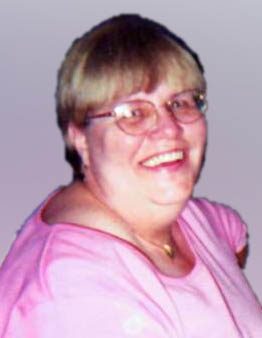 Died peacefully, February 23, 2022, at the age of 73.  Vel endured more than two years of health problems, medical procedures and hospital and rehabilitation stays with amazing patience and grace.  She survived to celebrate her l…read more

Died peacefully, February 23, 2022, at the age of 73.  Vel endured more than two years of health problems, medical procedures and hospital and rehabilitation stays with amazing patience and grace.  She survived to celebrate her last birthday only by her strong will, and sheer perseverance.  And celebrate she did, with cake, chocolate covered strawberries, balloons, flowers and many cards and calls from friends and family, and the caring staff at Seasons Hospice.

Per Vel’s wishes, there will be no visitation or funeral and the inurnment will be at the Southern Wisconsin Veterans Memorial Cemetery in Union Grove, Wisconsin at a later date.

Vel was predeceased by her father and mother, Charlie and Stella Timm as well as siblings George, Floyd, Ken, Marci and Shirley.  She is survived by caring nieces, nephews and neighbors and many friends she found from her earliest school years through her military and government careers.

Vel was a proud Air Force veteran and served 14 ½ years as a Medical Administrative Supervisor (TSGT) at medical facilities in Thailand as well as stateside Air Force Bases in Grand Forks, North Dakota, Sacramento, California and San Antonio, Texas. After she left the military, Vel continued her government service by her employment with the United States Department of Labor, Office of Federal Contract Compliance (OFCCP).  She worked for OFCCP as an Equal Opportunity Assistant for 27 years and retired in 2014.

In her younger years, Vel enjoyed traveling, camping and other times spent in the outdoors.  She continued to be an avid reader and was always glad to share dining out with family and friends.  Vel was a passionate animal lover. Just like her ability to make long-term friends throughout all the stages of her life, she also found pets wherever she lived.  And she was often known to have several dogs and cats at a time. Vel had a well-developed dry sense of humor which she managed to maintain even during her last two challenging years.

Vel was very thankful to her family, neighbors, friends and medical staff who helped her through the last two difficult years.

Rest now, Vel, and find peace in the Light of Eternal Love.

We believe that Vel would welcome any donations in her memory to the Wisconsin Humane Society, Milwaukee Campus or any Veterans’ charity of your choice.

Help tell the story of Vel by contributing to the Life Event Timeline. Upload the photo of an event...

Be the first to share a memory of Vel.