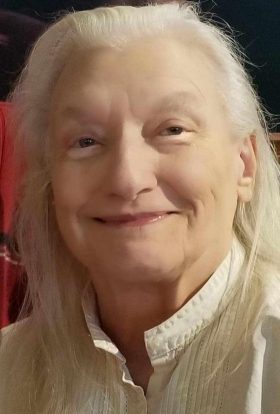 Sonya Jean Turner (nee Brown) was born on February 26, 1934, in Superior Wisconsin. She died on August 3, 2020, in Elm Grove Wisconsin at the age of 86. For her entire life, she identified herself as “Sunny” which was the name her father would have preferred to give her. She is survived by her sister Doris Anderson…read more

Sonya Jean Turner (nee Brown) was born on February 26, 1934, in Superior Wisconsin. She died on August 3, 2020, in Elm Grove Wisconsin at the age of 86. For her entire life, she identified herself as “Sunny” which was the name her father would have preferred to give her. She is survived by her sister Doris Anderson, her 3 sons Michael, Robert, and Christopher, 11 grandchildren, many great-grandchildren, and several great-great-grandchildren.

Sunny lived in Wisconsin for most of her life, though she did join the United States Air Force during the Korean War and was posted  in Texas where she met and married her husband of about 6 years, Robert C Turner (deceased) who was also in the Air Force at the time.
The things that were most important to her were education, her church, figure skating, her cats, and in actively working to maintain family ties.
She achieved a bachelor’s degree in nursing with a major in psychiatric nursing. Later, when she had earned a Master of Divinity degree from Nashotah Seminary (Episcopal) she specialized in hospice nursing and became the interim pastor of a Moravian church in Jefferson Co. Wisconsin. She also became a volunteer chaplain at a local assisted living facility near her home in Dousman and was regularly active in her home church, St Mary’s Episcopal, also in Dousman.

In her 40’s she took up figure skating and eventually began to skate competitively, where she won several medals, even gaining the attention of the Milwaukee newspaper. She would often skate with her son Chris and also taught Chris’s daughter Jessica and another granddaughter, Jennifer, to skate at an early age.
Toward retirement age, she remained very active. For many years she participated with a local theater group called the Lake Country Players and acted in many of their plays. She did volunteer work at a Waukesha women’s shelter and trained as a volunteer paramedic in a local rural community. She regularly rode her bike to church and in the winter walked even as far as 6 miles one way on the highway to get a haircut or do business at her bank in Oconomowoc.

Her final years were spent in a fine assisted living facility in the beautiful village of Elm Grove with her son Bob visiting twice a week and watching over her. Her granddaughters Jennifer, Sarah, and Rachel also delighted in traveling to visit her occasionally and as they could.
On July 25 she tested positive for COVID 19 and 9 days later, on August 3, after a lifetime of struggle to find God she stepped peacefully into His presence. Her funeral is postponed for now because of the dangers of COVID 19, but eventually will be held at St Mary’s Episcopal Church in Dousman. From there she will be laid to rest among her ancestors in Lone Tree Cemetery in Sioux Rapids Iowa to await the resurrection.

Help tell the story of Sunny by contributing to the Life Event Timeline. Upload the photo of an event...

Be the first to share a memory of Sunny.