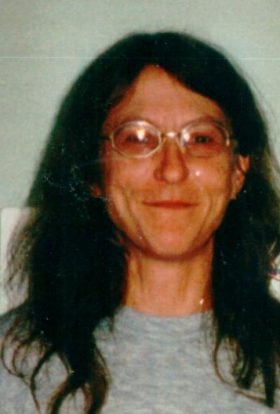 Dr. Patty Sue Herman passed away peacefully at age 70 on June 24, 2020, after a long battle with a very rare neurological disease. She left this life to join her parents on the date of their wedding anniversary and will be greatly missed by her loving brother and sisters, as well as other friends and relatives. Patty i…read more

Dr. Patty Sue Herman passed away peacefully at age 70 on June 24, 2020, after a long battle with a very rare neurological disease. She left this life to join her parents on the date of their wedding anniversary and will be greatly missed by her loving brother and sisters, as well as other friends and relatives. Patty is survived by her sister Joanne (the late David) Ziarek of New Berlin, WI., brother James Herman of Menno, SD., and sister Judy Herman (Greg Houda) of Moran, WY. She is further survived by nieces Michelle Herman, Lisa (Larry) Klaudt, Kristi (Jason) Sayler, Janae Herman, and nephew Travis Herman, as well as great-nieces and nephews Logan Klaudt, Jenna and Morgan Sayler, and Nick and Jack Herman and many cousins.  She was preceded in death by her parents William and Nettie Herman and by her brother Gary Herman.

Patty was born in Parkston, South Dakota, and attended a rural elementary school where she took the first and second grades at the same time. She graduated in 1967 from Scotland High School where she was a National Merit Scholar, and from South Dakota State University earning a BS in chemistry & math in 1971 as well as an MS in chemistry in 1974.  Her interest in science led her to pursue her doctorate in theoretical chemistry at the University of Iowa where she published several research papers, attended and presented her research at multiple scientific conferences throughout the country, and was recognized nationally for her academic achievements with many awards and honors.  She earned her Ph.D. in 1986 with her thesis on “Pressure Broadening of Atomic Spectral Lines” and was subsequently awarded a two-year post-doctoral fellowship to Southern Methodist University in Dallas, Texas, for “The Application of Computational Techniques to Study Reactions of Chemical Carcinogens with Nucleic Acid Components.”

Patty was, first and foremost, a highly intelligent scientist and spent most of her adult life living in Iowa, only moving to Wisconsin in late 2015. She was also very gifted in artistic pursuits such as drawing, writing poetry, playing music, and sewing, and was largely self-taught in all of these areas.  She loved her extended family and also enjoyed singing and playing guitar, caring for her plants and cats, doing the hardest Sudoku puzzles using mathematical probabilities, watching Iowa public television, and was always interested in learning new things.

The family extends a special thank you to the staff at Cambridge Castle and to Dr. Raul Mateo for their care in recent years and to the staff of 12S at Aurora St. Luke’s and at Aurora Zilber Hospice for their compassionate care in the past month.

A private family memorial will be held at a later date in South Dakota. Memorials appreciated supporting her favorite Iowa Public Television station at www.iowapbs.org/friends/memorial-gifts.

“Perhaps they are not the stars, but rather openings in Heaven where the love of our lost ones shines down to let us know they are with us.”  “There will come a day when the memory of her face will no longer bring a tear to your eye, but a smile to your own.”

I stumbled onto Patty Sue’s obituary by accident just last night. We had lost touch over the years. I dated Patty Sue when we were in school. I met her during a chemistry club meeting of which we were both members. We ended up chatting for nearly 3 hours after the meeting in front of the old Lincoln library and decided to go out together. We used to go up to the old observatory on top of the then Shepard Hall Annex (old chemistry building). The door key was the same (serendipity?) as my research lab on the third floor. We used to play and sing together up there, no coed dorms allowed in those days. Our song was the 1967 hit by the Turtles “Happy Together”. “Me and you and you and me No matter how they toss the dice, it had to be The only one for me is you, and you for me So happy together” I used to sing the Buddy Holly hit “Peggy Sue” and substituted “Patty” for “Peggy” around her, she probably should get some points for tolerance… Patty Sue also liked Paul Simon’s work a lot. It was the first time I had heard his songs. I still play “Sounds of Silence” on the keyboard and “Scarborough Fair” on the guitar. I also still play the Peter, Paul & Mary song “Very Last Day” that Patty & Jim used to play/sing at their church sponsored folk services. A timeless song still apropos today. She affected my life in many ways, too many to cover here. One was because at the time I was so crummy on the guitar, I worked really hard to get better after we broke up. Eventually I taught guitar classes for the UCLA extension service. On a nostalgic whim I bought a 12-string guitar back in the 70’s, because she liked the 12-string sound so much. I still have that old guitar, the frets completely worn down. I never realized she was a plant person…we could have exchanged cuttings. Patty Sue was easy to be with, my all-time favorite date with her was just going to the laundromat and washing our clothes, somehow, that managed to take until 30 seconds before they locked up the dorm for the night. No surprise though, her entire family were/are just wonderful people to be around. I recall calling Patty Sue’s Mom (’74 I think) years after I had moved to California and just chatted for an hour and a half, although she probably couldn’t remember who I was by that time.

I got to know Pattty when she would come into the HyVee on N. Dodge St in Iowa City on Sat. to do her weekly shopping. She allways had a smile. I worked at the store giving out samples and Patty would allways stop and taste what I had. She loved the fruit. When Patty started to have trouble with seeing and getting her groceries I could tell she needed help. So with the OK of the manager I would help her and get her to Tina or Julie at the check out, they were gold to help her also. Everyone that worked there knew Patty and was there to help her. I looked forward to seeing her come into the store. She now is at peace and no worries. God Bless.

Having a 12 year age difference, my relationship with Patty began while she lived in Wisconsin after learning we had a mutual addiction to the JEOPARDY TV show. We had several discussions on the phone about it. Also sent a picture of a life-size cardboard figure of Alex Trebek and me taken when I went to a taping of the show. It is beyond heart-breaking that Joanne was unable to see her causing her decline and ultimate death. I grieve with the siblings. The only comfort is knowing Patty is in the loving, caring arms of God.

Our deepest sympathy to your family. Although I never met Patty, your sister Joanne is a dear friend of many Nordic Ski Club Members of Milwaukee. Joanne talked so often of your talents, accomplishments, and national achievements. Between Patty's research, scientific honors and such an intelligent scientist; her special talents have left a foot print in this world. Patty was gifted in every aspect in her life. Patty will be missed. God's Blessings and rest in Peace.

Patty was my college room mate and friend and bridesmaid in my August 1970 wedding. Sorry for her passing. I remember her for her a super smart woman ahead of her time. Memories are our treasures now. Peace

Even with some memory loss, Patty recalled songs, stories and scenes of the family home from childhood. She could hold a good conversation up until February of this year. We laughed a lot when she came in for her massage. And she really appreciated the value of touch, as did her mom, Nettie. I was privileged to have both of them as clients over the years. Patty's sister Joanne Ziarek did a remarkable job of caring for Patty for so many years. It is a treasure to see such love. My sympathy goes out to the whole family. With love, Paula Brookmire, Milwaukee

Although I never personally knew cousin Patty, I feel as though I did know her through Joanne. She lived a very fully life and obviously excelled in every area of her being. May our Lord bless and keep her always in His loving arms. Peace and Blessings.

I don’t have many, if any, memories of knowing Patty, but I DO know mother did and always shared her admiration of her with everyone! May she be at peace and Love to the family! Joyce Gauss

Patty was an extraordinary personality with limitless potential. God must have needed her talents in His Kingdom and deemed it time to have her with Him and her heavenly family. My childhood memories of her always bring to mind a ready wit and a mischievous smile; happy memories also of time spent with her and Judy on the farm. Rest peacefully, Patty.

Although I have not seen Patty since I was a child, I know of her through Joanne. It takes a lot of grace to be able to live with the kind of illness she had. I am glad that she is now at peace, even though it means her remaining family will miss her.

Patty had so many gifts to share with her family and the world. It is tragic that her life was cut short way before her death. I'm thankful that my sisters and I had an opportunity to meet Patty and visit with her for an afternoon. May her family be blessed and strengthened by our caring thoughts and prayers.