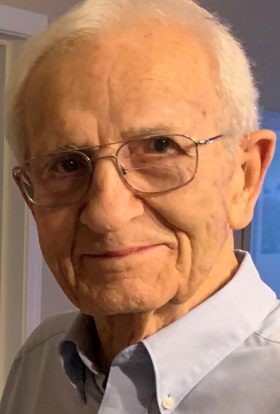 His parents were Verne and Frances Nevins Sinclair. He was named after his Uncle Duane Willis Sinclair and had two brothers, Wendell and Melvin, a sister Vivian and step-brother Richard Lutz. Sadly, Jack lost his father when …read more

Jack Duane Sinclair was born on September 1, 1922, in Toledo, Ohio.

His parents were Verne and Frances Nevins Sinclair. He was named after his Uncle Duane Willis Sinclair and had two brothers, Wendell and Melvin, a sister Vivian and step-brother Richard Lutz. Sadly, Jack lost his father when he was 6 years old. He then had several step-fathers and became very independent.

Jack attended Put-in-Bay elementary school on Bass Island, OH, and Mack School on Miller Road in Ann Arbor, MI. He sold newspapers as a young boy in downtown Ann Arbor with his brother Wendell and worked as a caddie to earn spending money. At that time he lived on a farm on Wagner Road outside of Saline, MI. During his senior year in high school he moved downtown with his friend, John Teachout, who taught him how to drive a Model A Ford which they drove to Detroit to listen to Big Band concerts. He graduated Ann Arbor High School “Class of 1941” and at 19 enlisted in the US Army Air Corps and proudly served in World War II.

Jack met Dorothy Jean Burg at a church supper in Denver and married after their wartime correspondence romance. Together they enjoyed raising their family of four and taking camping trips Door County. Sadly, Jean passed away in 1977.

Jack loved photography since a teen and was known to always have a camera in hand capturing life’s moments. His working years started as a bank teller in Ann Arbor and he later moved to Kenosha, WI,  to take a job in the accounting department at Anaconda American Brass where he worked his entire career.

Jack has lovingly shared his later years with his special companion June Bell.

For the last 30 years they have traveled all 50 states, Canada and 24 countries.

Jack enjoyed spending time with family and friends and telling & retelling the stories of his life.

Special thanks to Melissa Mehrtens, New Perspective, and Seasons Hospice for their care.

A memorial celebration will be held at Green Ridge Cemetery at a future date.

Remembrances to The Kemper Center and

Remembrances to The Kemper Center and The Green Ridge Arboretum Fund appreciated.

Be the first to share a memory of Jack.