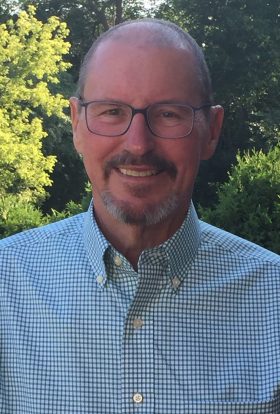 Fred will be dearly missed by Judi’s only sister, Patti, and her husband Gary Boles, as well as many nieces and nephews (and some grand and great grand ones, too) on both sides of the family all across the country. Fred had a special relationship with Joe Comer and Mary Miller, Judi’s dad and grandmother, both of whom have been gone for many years.

Fred grew up on a dairy farm in Vermont. Living in the shadow of Mount Mansfield, when asked about the skiing there, Fred always replied that his experience with snow in Vermont was “shoveling it.”   He received his Bachelor’s Degree from Michigan State (Go Spartans!) and his Juris Doctor from the University of Chicago (the University as he referred to it.) His only other job, before starting in the Law Department at Northwestern Mutual, was milking cows and “farmin’ it.”

Fred spent over 38 years at Northwestern, retiring in 2012 as Vice President and Investment Counsel. He made many good friends there…both in the home office and in the real estate field offices and with other investors with whom the company did business.  He was known by his colleagues and friends for both his diplomacy and his sense of humor.  That he made a host of good friends is not a surprise given that he never met a stranger.

While Fred loved his work, he also found time to better the community through volunteer work at the Milwaukee Mental Health Association and the First Unitarian Society of Milwaukee. He also served on the Board of Directors for the Charlie Bessette Scholarship Fund at New Vision Wilderness.  He was a strong supporter of the performing arts…becoming an avid opera fan.

After Fred retired, he often traveled with his wife to conferences as well as to schools and programs across the country that she visited in her work as a therapeutic educational consultant. He was intrigued by this work, having seen its benefits first hand through his son.  True to form, he also made many friends in these travels.

Fred also loved his family and treasured his role as “provider.” Adopting Charlie when he was just a month old, he was a great dad to his son. He was also a faithful caretaker of his son’s various critters…from salamanders to snakes to bearded dragons…almost anything that ate live crickets.  He will be sorely missed by grand-dog Snoop. Until quite recently, Fred walked him every day.

He will be most certainly missed by Judi…with whom he just celebrated 41 years of marriage. Often saying that life with her was never boring, he spent the past 22 months since learning he had mesothelioma, making sure she was “settled” … always the provider.

Fred enjoyed many things in life…but the big three were games, gambling and gardening. He learned to count from a deck of cards.  “Pitch” was a Bessette family pastime.  Growing up, his parents played with other farm couples, with the big winner coming home with a chicken, live of course.  Cribbage, euchre, solitaire…he actually met Judi in college over a bridge table. Accomplished at bridge, he liked to say he needed to another “dummy” to learn the game along with his roommate’s girlfriend, also novice at bridge.   Rummikub, Dominoes (especially Mexican Train) even Pictionary…he played them all.  So, taking games seriously, it’s easy to understand the lure of Las Vegas, Monte Carlo and even Potawatomi.  But, as in all things, his gambling was measured.  He never lost more than he felt he could and always tried to leave the table a winner…even if his winnings were a mere dollar.

So, that leaves gardening of the big three. He was as passionate about developing a prairie as he was about more formal garden areas.  And what was summer without homegrown tomatoes!  One year, he even grew Brussels sprouts.  Typically, the rabbits got the carrots and radishes…but he planted them each year, none-the-less.

Fred made people promise not to say something like “he lost a courageous battle with cancer” but please know he faced the inevitable in the same way he approached life…with grace and dignity. He was an organized, strategic thinker…at home, at work, at the card table and even at the end of his life.

Know too, his sense of humor was intact. Shortly after being diagnosed, he read that in the United Kingdom, Eric Idle’s “Always Look on the Bright Side of Life” from the Monty Python film, The Life of Brian, had become (and still is) the most popular song to be played at funerals…beating out Frank Sinatra’s “My Way” and Celine Dion’s “My Heart Will Go On.” His favorite song in the last several weeks was Albert King singing, everybody wants to go to heaven but nobody wants to die.

A Celebration and Remembrance will be held at 2:30 PM on Saturday, October 21, 2017 at Davians in Menomonee Falls. The address is N56 W16300 Silver Spring Drive.

Gifts in Fred’s memory can be on-line or by mail to:

Rather than tell you these gifts are tax-deductible, Fred would have advised you to check with your attorney or accountant to be sure!

Help tell the story of Frederick by contributing to the Life Event Timeline. Upload the photo of an event... 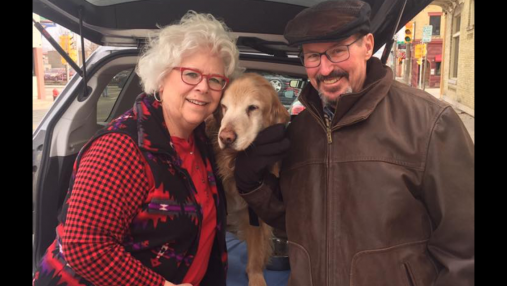 Fred, Judi, Charlie and Snoop Dog were all neighbors of ours in Nashotah. They lived across the street and as years went by our friendship grew. We loved their company, hospitality and interesting conversation. We felt so sad when they lost Charlie and now even more sad with the loss of Fred. However, we take comfort in knowing they are together in a better place. You could have not asked for better neighbors. We miss Fred deeply, his beautiful prairie, his love for: Judi, others, Snoopy, nature and how he would always brighten our days. We were truly very blessed to know such a wonderful man. I'm crying as I write this because there was only one such Fred. We shared a common background of growing up on a farm cheering on those Michigan State Spartans and for celebrating life. He is already deeply missed, but may we remember the example he set: seeing the good, living each day to the fullest and loving life even when times are so very hard.

Fred and Judi were our wonderful loving friends for more than 30 years.Before our kids were born! We will never forget the joy the day Charlie came home. Prettiest boy baby ever! We spent Christmases together, fun in Door County, movies, dinners, theater, oh so many wonderful times! many game nights at Fred and Judi's. Delicious dinner served, then time to get down to business and play a game. Will never forget the night they taught Jimmy and me Rummikub. Turns out this rookie won the first game! Fred was beside himself. Our kids were friends, which delighted us all. One night we were at Fred and Judi's, Charlie played his guitar and sang one of his songs, just to the moon, we were.Smart and so sassy! One of my favorite memories. Jim, Casey and I were watching Who Wants To Be a Millionaire. Casey was probably about 8 or 9. Contestant was asked if he'd like to phone a friend. Casey literally shouted: "I would call Freddy Bessette!" We will never forget this extraordinary guy and exceptional friend. Love you so much, Judi!

I have had the honor of knowing Fred and Judi since 2009. In this time I have come to know them both as wonderful friends me adpoted family! Fred was a wonderful, honorable and compassionate soul. He cared for all but doted on Judi; like a wonderful friend, companion and husband should. His courageous battle against cancer never dulled his sense of humor, compassion or love. He never once gave up or caved in, and he always put his care and concern for Judi above his own. I will miss him and his majestic laugh, his witty humor and his humility! "There are times when we will experience heartbreaking sorrow, when we will grieve and when we may be tested to our limits. However, such difficulties allow us to change for the better, to rebuild our lives in the way Our Heavenly Father teaches us, and to become something different from what we were - better than what we were, more understanding than what we were, more empathetic than what we were, with stronger testimonies than we had before." Thank you for being a part of my life Fred! I am better from knowing you! Love, peace and strength to you Judi so that you can continue to be a testimony of strength, courage and love to others, Love you friend!