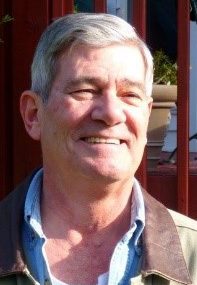 David Lawrence Greco age 68 of Menomonee Falls, passed away peacefully September 10, 2017. He was born on December 11, 1948 in Milwaukee, son of the late Sam F. and Grace (Krause) Greco.  Dave graduated from Marquette High School in 1966 and from The University of Wisconsin at Madison in 1970, with a degree in Compute…read more

David Lawrence Greco age 68 of Menomonee Falls, passed away peacefully September 10, 2017. He was born on December 11, 1948 in Milwaukee, son of the late Sam F. and Grace (Krause) Greco.  Dave graduated from Marquette High School in 1966 and from The University of Wisconsin at Madison in 1970, with a degree in Computer Science and an MBA from Marquette University in 1981.

Dave worked for various companies during his career which included City University of New York, General Foods, Miller Brewing Company, and AT&T. He also obtained his broker’s license and worked in banking for a number of years.

Dave was known for his quick wit, dry humor and a willingness to lend a hand when needed. Dave enjoyed walks on the beach, his summer garden, reading, cooking and finance.  A loyal Packers fan, Dave and Ginny developed many lasting friendships especially with the Monday Night Football group often hosted by Dave in the “Grotto”.

In lieu of flowers, donations to the American Cancer Society or support organizations that provide direct services to veterans such as the Wounded Warrior Projects, Homes for Our Troops and Fisher House Foundation will be appreciated.

A special “thank you” to Dr. Tabraiz Mohammed and all of the nurses at UW Cancer Center at ProHealth Care, Florida Cancer Center, ProHealth Care Home and Hospice and Angel’s Grace Hospice of Oconomowoc for the kind and warm care you provided to Dave and our families. Special thanks to my brothers for their modifications of the house that enabled Dave to stay at home for as long as he did, to the “boys” of MNF, Susan Tolonen Lopez-Tan and Kathy and Bob Gasper for everything.

Help tell the story of David by contributing to the Life Event Timeline. Upload the photo of an event...

Dave was a true friend and will greatly missed. We had a lot of great times starting with surviving at Marquette as study buddies. As part of that journey he met his future wife Ginny accidently at my place while we were celebrating the end of a grueling semester. Over the years, we have maintained our friendship by sharing vacations in Hawaii, Myrtle Beach, Hampton Beach and St. Petersburg- needless to say we all loved walking on the beach. Dave’s culinary skills always made it fun to share fantastic meals. His dry sense of humor always kept us laughing and he maintained his humor until the very end. We will miss you Dave!

I am so sorry to hear of the passing of Dave. I have fond and fun memories of our time at Miller Brewing Company in the i.S. department back in the good old days. My thoughts and prayers are with you all during this difficult time.

The "MNF boyz" will always remember our gracious host at "The Grotto" on the lower level at Balsam Ct. We fondly referred to him as "uncle Dave" and I'm sure I speak for all of us in expressing our sincere gratitude to him for putting up with us week after week, year after year. Those wonderful, memorable times will be cherished forever! Rest in peace uncle Dave!