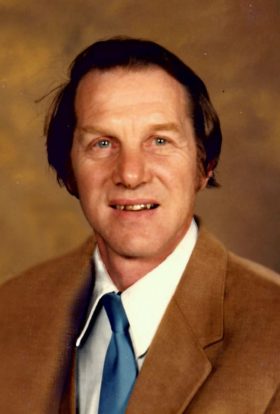 He was born in Milwaukee, WI on June 26, 1939 to Raymond and Lydia (Jordens) Schreier. He was raised by his maternal grandparents George and Dora Jordens and his bachelor Uncle Alfred “Al” Jordens. The network of support that the Jordens’ family provided foste…read more

He was born in Milwaukee, WI on June 26, 1939 to Raymond and Lydia (Jordens) Schreier. He was raised by his maternal grandparents George and Dora Jordens and his bachelor Uncle Alfred “Al” Jordens. The network of support that the Jordens’ family provided fostered Dan’s traditional values, joy in helping others, and love for animals and nature.

Dan learned to be self-sufficient and to take on challenges. He was educated at St. Thomas Aquinas Grade School and Boys Tech High School. He performed academically, played the French horn, accordion, and sang in the choir.  Seeking independence, Dan joined the Army at seventeen and proudly served in Germany and Lebanon, during the Lebanon Crisis. As an adult Dan attended MSOE, MATC, and multiple on-the-job training sites.

Dan married Kathleen (Bacon) Schreier on August 26, 1967. They raised one daughter, Dannielle Schreier and resided in the Schreier family’s house of four generations in Milwaukee, WI.

Dan was a ‘hands on guy’ who loved nature and technical work. He started off as an arborist but was later trained as a Biomedical Technician, working on equipment like MRI and CT scanners. He was employed by various companies including GE, Briggs & Stratton, St. Joseph’s Hospital and Northwest General Hospital. Through his employment he was afforded an opportunity to go to NASA to work directly on a part for a space carrier. Dan retired from the US Postal Services where he used his electrical engineering degree to maintain postal equipment. Retirement time involved Dan’s new computer, car, and numerous woodworking tools.

Dan drank coffee and ate constantly, especially liking breakfast and apple pie. Ironically, he never gained much weight. His favorite pastime was shopping. Dan enjoyed camping, being with this dog(s), spending time outdoors where he could enjoy the company of birds and squirrels, often naming and hand feeding them.

Recently, Dan began to battle many chronic aging health issues. Having fallen, he suffered a broken hip which led to his rapid decline. On the August 26, he peacefully celebrated his 55th wedding anniversary, listening to Oldies Music, dancing in his imagination with Kathleen. Then he danced on…..

Be the first to share a memory of Dan.