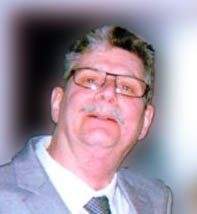 Michael Jeffrey Kautzman, or “Mikey” as he was known by everyone that knew & loved him, passed away unexpectedly of cardiac arrest on November 2, 2020, at the age of 65.

Michael Jeffrey Kautzman, or “Mikey” as he was known by everyone that knew & loved him, passed away unexpectedly of cardiac arrest on November 2, 2020, at the age of 65.

He is also survived by brothers-in-law, Daniel Kieren, George Kieren Jr., Richard Kieren, Michael Kieren, and mother-in-law Alice Kieren, and many nieces, nephews, and Aunts & Uncles of both Michael and Lori that loved Mikey very much.

Mikey and Lori Jean first met in 1977 and married in 1979. The marriage did not work out and they divorced in 1992. 25 years later they reconnected and got married again this past March 14, 2020. Lori Jean was always the love of his life and he was at his happiest since they reunited.

Mikey was a gentle soul with a perfect handlebar mustache that he kept perfectly groomed. Not many men could pull that off, but he rocked it!  He had a laugh that was infectious which made you smile and laugh with him. He enjoyed spending time at “Aliota’s Rustic Ridge”, his sister and brother-in-law’s cabin in the Driftless region in Western WI. He was responsible for bringing electricity to the middle of the woods! He spent many weekends there and especially loved to deer hunt, but it was mainly for the camaraderie (and beer!) of all the guys in camp – he just got his first deer last year!

He was also a master griller, “low and slow” he used to say! He enjoyed playing golf with his brother Rick and many friends at Mitchells & Stingers Taverns, watching the Wisconsin Badgers, and the Green Bay Packers. He had a Packer flag he would wear as a cape and run around the house every time the Packers scored; this provided much entertainment for the rest of us! He also LOVED playing the gambling machines at the local watering hole (actually, any watering hole!), and won quite often!

His greatest accomplishment was becoming a master electrician and he spent the last 12 years at Helgesen Industries in Hartford, WI, a job he was proud of and enjoyed. He was respected by the people he worked with. Before Helgesen, he traveled across the United States installing security systems. He always made it a point to get out of the hotel and go site seeing, which provided many wonderful memories, including going to the Masters and golfing at some phenomenal golf courses!

Lori Jean would like to give a special thanks to their dear friends Edie and Danny, who’s support has been greatly appreciated; they are her heroes.

Mikey, you left us too soon and you’ve left a huge void in all of our lives, including your kitty girls Cocoa & Butter, but we have comfort knowing you are with God now and are healthy and whole.

Our deepest sympathy to Mike’s family (& you Lori Jean). We shared many conversations and beers which we will miss the most. What a great neighbor and friend. You will be missed !!

We always loved Mike and were so happy when lori and Mike got married again, you will be missed

Till we meet again Mike. So happy to hear you married the love of your life again ! I know Lori will miss you dearly. Watch over her until she comes home ok ! I heard golfing in heaven is so much easier ! Lov ya cuz

Beautiful Service. Dan, Gloria and I were there with you sharing your laughter , tears and Love. We love you all so much!

You're in my heart Mike and always will be. Love, Ant Gloria

It was so great that the Kautzman's held a memorial for their mom (Bev) a few weeks ago and Mike and Lori were there. I think it was also unknowingly a memorial to Mike at that time. I'll always remember Mike with many laugh's and great times."I Love you Mike" Uncle Dan.

Family gatherings will never be the same without you Mikey but you will always be there in our memories and our hearts.

Sorry to hear of Mikey passing. We had a lot of good times 40 years ago. Go in peace Mikey. Take care Lori

So hard to say this.. but ..Goodbye in body Brother, but not in heart...

It was shocking, and oh so sad to learn of Mikey's sudden passing. My heart is with you, Lori and all of Mikey's sister's brothers, and extended family.

Lori Jean....know that Mike was loved by many and know you are both in our hearts. Thinking of you during this time.

As you say goodbye to your brother. May your hearts be filled with special memories of football games, family get togethers and good times. Mike was truly a good person with a heart of gold. know that you are in the thoughts and prayers of our entire family. Our family has contributed to the Wounded Warriors Project in memory of Mike. Love Aunt Katherine, Jay, Julie, Janet& Jeanine

Mike, We saw so much of the US together for work...well mostly work. The off time was an experience I will never forget. Save a round of golf for us. Rest in peace

Dear Lori Jean. Words can’t express how sorry I am that Mike has passed. So glad Edie & Danny are nearby, your angels on earth. Remember we all love you. Be gentle on yourself & you can count on me dear friend for any help you need.

Mike you will always be my brother from another mother and a little joke. Love you more than the world I miss you. Rest in peace my brother.

Mic, I will miss you more than words can say. Be happy, be at peace. Golf On Love, Glo