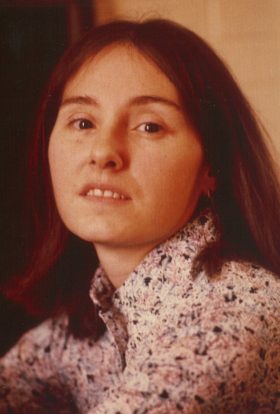 Milwaukee-Kristofer Margarete Kreuziger (née Kober) passed away at her home on March 24, 2021 with her beloved husband Robert at her side. She was 76 years old.

Kris was born and raised in Plymouth, Wisconsin. She graduated from Plymouth High School. Kris attended Wisconsin State University-Oshkosh, where she studi…read more

Milwaukee-Kristofer Margarete Kreuziger (née Kober) passed away at her home on March 24, 2021 with her beloved husband Robert at her side. She was 76 years old.

Kris was born and raised in Plymouth, Wisconsin. She graduated from Plymouth High School. Kris attended Wisconsin State University-Oshkosh, where she studied mathematics and sociology and met Robert.

Kris married Robert in 1966, and she subsequently graduated from the University of Wisconsin-Milwaukee in 1968. Kris worked for Milwaukee County as a caseworker while Robert finished graduate school.

Kris and Robert raised three children, and Kris was a loving mother to her own children and provided childcare, both formally and informally, for countless other young children, including her nieces and grandchildren. As a child, Kris began providing childcare when her younger brother, David Kober, was born, and she never stopped providing care over the next six decades. A caregiver without peer, Kris cared for Robert, who suffers from multiple sclerosis, at their home until mere days before her own passing. Her loyalty and dedication to her family was unmatched.

Kris was a lover of literature, music and theatre, and student of politics. She was an avid seamstress and her many distinctive creations will be cherished by family members and friends forever. She enjoyed camping and traveling in the summers around the United States and Canada with her family. She was also active in her church and in various social and economic justice causes.

Kris touched the lives of numerous families and their children, and her intelligence, incisive wit, compassion, and kindness will be sorely missed by all who knew her.

Kris’s family extends its utmost gratitude to the many family members, friends, and caregivers who supported Kris and her family throughout her protracted battle with pancreatic cancer.

Private funeral service at St. Mark’s Episcopal Church, Milwaukee, WI. In lieu of flowers, please send donations to The Gathering of Southeast Wisconsin or Hunger Task Force. A larger memorial gathering will be announced at a later date.

To donate to The Gathering, see:  http://www.thegatheringwis.org/

To donate to the Hunger Task Force, see:  https://www.hungertaskforce.org/

In lieu of flowers, please send donations to The Gathering of Southeast Wisconsin or Hunger Task Force.

To donate to The Gathering, see:  http://www.thegatheringwis.org/

To donate to the Hunger Task Force, see:  https://www.hungertaskforce.org/

Leave a memory Light a Candle

Remembered for her gentleness and uniqueness. My wonderful sister in law. Loved and respected with our warmest thoughts and highest regards. Gods love and mine Mary

I am so saddened by the passing of Kris. She is the kindest, sweetest and beautiful person you could ever meet. Such a warm person and always ready to greet you with a smile. I love Bob and Chris. I have been so fortunate to know them almost ten years- such a loss- my heart and condolences go out to Bob and family.....

We will keep you in our prayers. Our deepest condolences.

My deepest condolences. I will keep you all in my thoughts.

Kris was the best. Tough but kind, funny and caring. We will miss her at Saint Mark's. Life was not always easy but she always made the best of it.

Kris was our neighbor at the Legacy. We are so sorry to hear about her passing. She seemed to be a very courageous and caring person. We will miss greeting her on her basement walks with Bob. Godspeed!

I am so sorry to hear of Kris' passing. I live in the same condo building and enjoyed talking with she and Bob when they were doing their daily walks in the garage. We always chatted when we saw each other. It sounds like she was quite giving, caring person. My sympathies to Bob and the family.

Kris was an amazing woman and mother. I remember the dresses she made for Heather and how beautiful they were, you thought they were bought from a store. Kris had so many talents and gifts. I loved coming to family gatherings and having a chance to chat with her as I became an adult and have a family.

I will always remember her patience and and her willingness to listen.