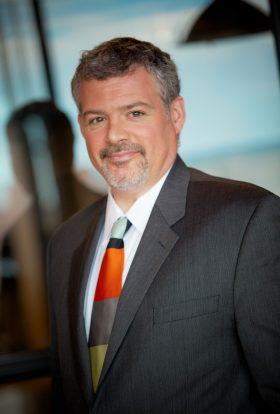 During a 25-year legal career, he played a central role in many high-profile Wisconsin cases and elections.

During a 25-year legal career, he played a central role in many high-profile Wisconsin cases and elections.

Jeremy was born on July 19, 1969, in New York City, the second son of the late Helene and Robert Levinson.

He took an unconventional and circuitous route to the University of Massachusetts Amherst, where he graduated Phi Beta Kappa with honors, with a bachelor’s in Social Thought and Political Economy. He decided on a career in law, which he once described as “an opportunity to make the most of my most refined and least refined qualities.” He was accepted to NYU Law School and the University of Wisconsin Law School, and he chose to come to UW, where he excelled, serving on law review and participating in moot court. When he graduated in 1997, he clerked for the Hon. John Reynolds of the United States District Court for the Eastern District of Wisconsin. He fell in love with Milwaukee and never left.

At the time of his death, he was a shareholder at Halling & Cayo S.C., with a practice that included civil litigation, defense of regulated professionals, and political law, and a client list that included the vulnerable and the powerful. He wore whimsical socks to court appearances, and he never arrived one moment early.

He somehow succeeded at practicing law while stubbornly marching to the beat of his own drum. Then-Democratic Party chairman Mike Tate told of a time his staff was frantically trying to track Jeremy down with an urgent question during the tumultuous state recall elections.  They were tipped off by a Facebook post of birds. Turned out Jeremy had been distracted by the beauty of a field as he was driving, pulled over and got out with his camera to head into the field to shoot, oblivious to the messages piling up on his phone.

Jeremy served on the Board of Directors for the Wisconsin Equal Justice Fund, was an American Bar Foundation Fellow, and was a member of the Thomas E. Fairchild Chapter of the Inns of Court. In 2017, he was appointed by U.S. Senator Tammy Baldwin to serve on the Wisconsin Federal Nominating Commission, which screens and interviews candidates for federal judge and U.S. Attorney positions.

Jeremy also served on the Milwaukee Board of City Service Commissioners. Mayor Tom Barrett commended Jeremy for his public service in a ceremony on July 8, 2019, and issued a proclamation declaring it Jeremy Levinson Day.

A true bon vivant, Jeremy was an avid gardener and an adventurous cook. He was a city boy who took delight in the great outdoors and skillfully captured its beauty with his camera. He hiked the Grand Canyon and was blown away by the vast beauty of Yellowstone on a visit six months before his death. He kayaked the Apostle Islands, hiked in its ice caves, and went cliff diving in Lake Michigan in rural Door County.

He will be missed by his wife, Sonya Knecht Bice-Levinson; his beloved daughter Simone and her mother, Jeralyn Wendelburger; stepchildren Zachary (Alex Olsen), Sophie, and Raney Bice; brother Jack Levinson of New York City; his dog Ella and step-dog Junie; and dear friends and colleagues.

Jeremy spent many happy hours hiking and taking photos at Horicon Marsh and the Schlitz Audubon Nature Center, and those who wish to honor his memory with a charitable contribution are invited to make donations to those beautiful places.

A virtual service was held, and a video recording of the service is posted on Jeremy’s Facebook page.

Jeremy spent many happy hours hiking and taking photos at Horicon Marsh and the Schlitz Audubon Nature Center, and those who wish to honor his memory with a charitable contribution are invited to make donations to those beautiful places.

Help tell the story of Jeremy by contributing to the Life Event Timeline. Upload the photo of an event...

I never met Jeremy but felt through Sonia I knew him. Jeremy’s kind, intelligent and handsome face in his posted photograph says everything to why Sonia loved him so much.