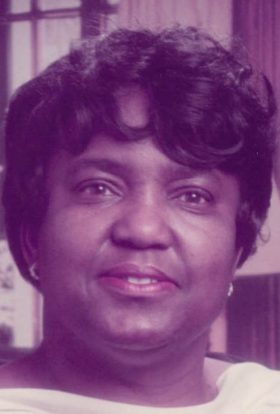 Wadie Lee Hampton-Coleman was born on December 19, 1932, in Banks, Arkansas to the union of John and Gracie Hampton. In her early twenties, she eventually migrated to Milwaukee, Wisconsin to be in close proximity with her siblings.

She faithfully received Christ at an early age. For several years she was a devoted…read more

Wadie Lee Hampton-Coleman was born on December 19, 1932, in Banks, Arkansas to the union of John and Gracie Hampton. In her early twenties, she eventually migrated to Milwaukee, Wisconsin to be in close proximity with her siblings.

She faithfully received Christ at an early age. For several years she was a devoted member of New Hope Baptist Church in Milwaukee prior to joining Christ the King Church. When she was able, she loved attending church and very much enjoyed the men’s choir at Christ the King. Wadie served as a member of the Mother’s Board otherwise known as Senior Ministry at Christ The King.

Wadie received her formal education in the public schools of Banks, Arkansas and attended MATC for further enrichment. She often shared a familiar saying with her daughters ” you have to work hard in life to obtain goals, for no one will just give it to you”.

On her days off from work, she enjoyed traveling to scenic areas in and out of the United states and fishing with family members and friends. On occasion she liked to visit department stores to browse and shop. She loved being with her family and eating out at her favorite restaurants. Most of all, in her solitary time, Wadie loved gardening and planting flowers every spring and summer, as she had a gorgeous green thumb. She would donate funds to various charities. Wadie ventured into real estate and often worked a secondary part time job in addition to her full time employment.

Wadie was a pillar in the family. She was caring, loving, kind, and gentle to any one she met. Over the past several weeks, Wadie acknowledged she enjoyed and had a wonderful life. She leaves to cherish her precious memories, her two daughters, Rosie Hampton- (Pettis) Davis and Betty Coleman-Walker. She also leaves behind three grandchildren and one great- grandchild. Wadie had a host of loving nieces, nephews, cousins and dear friends.

Wadie departed this life at Froedtert Memorial Hospital with her family at her bedside on October 27, 2021. Wadie is preceded in death by her parents, John and Gracie Hampton, brother Codis Hampton, sister Laciereen Tatum, and brothers Curtis and Clarence Hampton. Wadie stated prior to her death that her siblings left the world in the same order in  which they entered and she is the last of the children born to the union of John and Gracie Hampton.

So reads the celebrated life of a great woman, proud mother and friend. The late Wadie Lee Hampton-Coleman, absent from this body, but now, present with the Lord.

Help tell the story of Wadie by contributing to the Life Event Timeline. Upload the photo of an event... 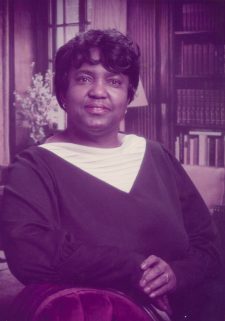 Be the first to share a memory of Wadie.