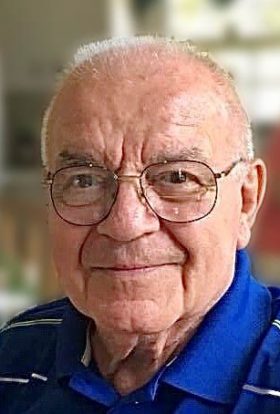 The earth lost a devoted Husband, Father, Grandfather, Brother, Son and Friend when Theodore Kenneth Mrochinski (Ted), 82, of Menomonee Falls, passed away peacefully on May 10, 2020, in Oconomowoc, WI.  Ted was born in Milwaukee, WI to Theodore and Delphine (nee Kontney) Mrochinski, the third of six children.  Ted is…read more

Dad attended Milwaukee’s South Division High School where he excelled in academics, as well as athletics, playing football, and claiming both an individual and team State of Wisconsin wrestling title for South Division.  He graduated from the University of Wisconsin – Milwaukee earning a Bachelor of Arts degree.  Dad completed a draftsman apprenticeship at Miller Waltz Dietrich Architects of Milwaukee, WI, before becoming a registered architect in Wisconsin, Illinois, and Michigan.  He served proudly in the U.S. Army and Wisconsin National Guard from 1959 – 1969, achieving the rank of Captain before beginning his 40-plus year career as an architect.

Our memories of him are too many to list, but include his seemingly never-ending tinkering and late evening/early morning drawing, going up north with Mom to their home in Conover, WI, spending time with his family, and supporting Saint Agnes Church as a Parish Trustee, Lector, and Eucharistic Minister.  Dad is remembered for his generous nature, sense of humor, devotion to his family and faith, his love of reading, and James Bond movies.  Dad was forever humble, kind, always willing to engage in conversation, and lend a hand; a mentor to many, and the most practical person one would ever meet.

In lieu of flowers; the family suggests donations to Angel’s Grace Hospice or St. Agnes Parish in Ted’s memory.

Help tell the story of Ted by contributing to the Life Event Timeline. Upload the photo of an event...

Many fond memories of Ted at South Division. So very sorry that you had to lose such a kind and loving husband and Father. My thoughts and prayers are with you, Janice.