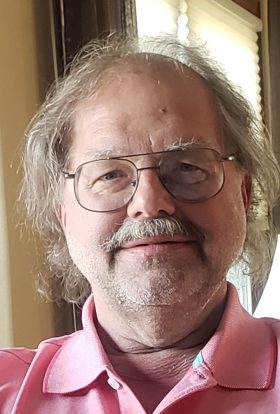 Memorials to Terry’s wife are greatly appreciated to assist with his medical bills or to you can donate via ZELLE to 414-405-0790.

For 31 years, the love of Terry’s life was Lisa. Terry’s favorite place in the world was Presque Isle, where he loved to tend to the cottage his father built and spend time fishing and hunting all different kinds of animals and birds. He also enjoyed target shooting with Lisa there. In fact, Terry and Lisa shared their first kiss in the Presque Isle cottage.  Terry enjoyed spending time with his family, attending the Hansen family reunions and having poker parties with Lisa and the Gossett family. Terry loved traveling with Lisa, with Hawaii being their favorite destination. In recent years, they had been taking trips to the Bourbon Trail in search of new bourbons to add to their collection. In addition to bourbon, Terry took great pride in his pocket knife, coin, and gun collections. Terry’s job at University School of Milwaukee (USM) meant a lot to him. He worked there as a mechanic for 26 years, and enjoyed his coworkers, the children, and the USM community very much. Those who knew Terry remember fondly how he always told jokes to bring those around him laughter and joy.

Lisa would like to extend her appreciation and gratitude to Dr. Mike (their primary doctor), Dr. Puffer (Terry’s oncologist), along with every single doctor and nurse that cared for him throughout his final weeks.

Terry was loved deeply and will always be remembered. He will live on through his family, friends, and all of his loved ones.

Memorials to Terry’s wife are greatly appreciated to assist with his medical bills or to you can donate via ZELLE to 414-405-0790.

Terry and Lisa to the rescue!! Driving limousines and buses in all of their “spare” time!

Our dear brother-in-law, uncle, and friend. We love you and we will miss you so very, very much. We will miss your corny jokes, infectious laugh, advice, and stories. You were always the go-to guy when a car was having trouble or we needed advice about something breaking in the house. We cherish the many memories of holidays, birthdays, big life events, card parties, summers up north, and having you in our lives. Things surely won't be the same without you here. We'll always remember and miss you with our whole hearts and souls.

I’m deeply sorry your family is experiencing the pain of a loss like this. My heart goes out to each of you.

Dear Lisa, I am genuinely sorry for your loss. May the pain and loss will be eventally replaced by warm and wonderful memories.

Great memories through some 20 years of Bike-About with Terry's reliable assistance and good humor in every manner of speaking. Most sincere sympathy to Lisa and the rest of Terry's family, especially Ricky.

Lisa, I am so sorry for your loss. Both you and Terry are part of what makes USM so special. All these years seeing your happy, friendly faces...I am going to miss seeing him. I hope you find solace in wonderful memories; I am sure many of us in the USM community, both students and staff, have many. He was a kind man.

Mr. Terry, as he was known to the kids at USM's daycare and pre-school, was a much loved figure. He often welcomed the toddlers to the bus barn and showed them the buses and how he fixed them. He also made sure that there was a bus waiting for the littlest ones on cold days during fire drills when they had to leave the building during nap-time. My son came home from daycare one day talking all about Mr. Terry and how Mr. Terry helped him get on the bus and held him on his lap during a fire drill that could have been scary, but turned into an adventure. More recently, Terry opened the door for us every morning on our way in to school. He greeted our family and so many others with a big smile and warm hello every day. We are so very sorry for Rick and Lisa's loss. He will be dearly missed at USM.

Ms. Lisa, Georgia and our family are so sorry for your loss. We are keeping you in our thoughts and prayers.

Lisa, I am so very sorry for your loss of your best friend and soul mate. May he Rest In Peace and May you find comfort in your wonderful memories together.