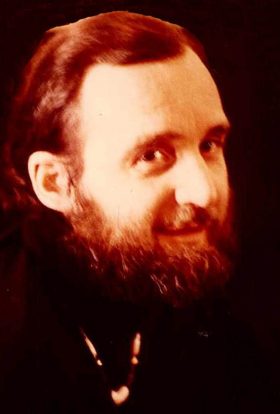 Bob was born and raised on a dairy farm in Watertown, Wisconsin. He graduated from Watertown High School and then joined the United States Army. Bob was stationed in Augsburg, Germany.

Bob was born and raised on a dairy farm in Watertown, Wisconsin. He graduated from Watertown High School and then joined the United States Army. Bob was stationed in Augsburg, Germany.

After his discharge from the Army, Bob attended Wisconsin State University-Oshkosh, where he was editor of the student newspaper, earned a degree in English, and met his wife of 55 years, Kristofer Kober. Bob married Kris in 1966, and he went on to earn his master’s degree in social work from the University of Wisconsin-Milwaukee. He then spent 30 years in social work focused on helping children. During his career, Bob worked for Milwaukee County in child protective services and close to 25 years for the Milwaukee Public Schools as a school social worker.

Bob and Kris raised three children together. Bob was active in his church and community and in civil rights, peace and pro-life causes for many years. He also coached youth baseball and soccer teams.

Bob was diagnosed with multiple sclerosis shortly after his retirement, and he lived with the disease for nearly two decades.

Outside of his family, Bob’s greatest love was reading and writing. He read literature, poetry, philosophy, religion, politics, and history, among other subjects, and he also wrote prolifically until he could no longer do so. He wrote many letters to the editor of local newspapers.  He transmitted his love of music, theatre, sports, and the outdoors to each of his children. Bob enjoyed baseball, camping, and traveling around the United States and Canada in the summer with his family when he was healthy.

Bob had a big personality and a great sense of humor. He always made an impression and stood by his beliefs, regardless of whether it was fashionable to do so. He will be greatly missed by all who knew him.

Memorial Service at St. Mark’s Episcopal Church, 2618 North Hackett Avenue, Milwaukee, WI, 53211, on Saturday, March 26, 2022. Gathering at 11:00 AM- 12:00 PM. Memorial Service with Holy Eucharist will be at 12 :00 PM-1:00 PM. Interment of the remains of both Robert and Kristofer Kreuziger in the adjacent courtyard  immediately followed.  There will be a reception in memory of both Robert and Kristofer with light refreshments upon conclusion of the interment.

In lieu of flowers, please send donations to the Hunger Task Force at:

In lieu of flowers, please send donations to the Hunger Task Force at:

Help tell the story of Robert by contributing to the Life Event Timeline. Upload the photo of an event...

Bob was the first real social worker that I ever met. He hired me at a boys' group home called (no kidding) Perpetual Help Boys' Home. Bob sold me when he said he would be taking me to "The State Department," to meet the officials there. I was convinced. We often drove back and forth to the Children's Court Center in his Thunderbird sedan, which was totally cool. This was a time when prestigious jobs were available to all college graduates. When I started work on my first day, I was met by two juveniles, both smoking, who looked at me as if to say, "Who are you and what the hell do you want?" So much for prestige! Our careers eventually diverged, but I will never forget those early days at PHBH.

Keep the laughter a nd fond memories close at this sorrow felt time. Bless you and your family to continue to celebrate such a great caring life .