Krystyna Jakubowski was born March 1, 1937, in Poland and overcame many struggles throughout her life. She lost her father in the Holocaust at a very young age leaving her mother Helen Krajewska, her brother Walter and herself as Holocaust survivors.

She became a very accomplished beautician in Poland with…read more

Krystyna Jakubowski was born March 1, 1937, in Poland and overcame many struggles throughout her life. She lost her father in the Holocaust at a very young age leaving her mother Helen Krajewska, her brother Walter and herself as Holocaust survivors.

She became a very accomplished beautician in Poland with a wonderful reputation and large client base. She was an absolutely gorgeous lady with a classy style comparable to a Hollywood actress of that era. She was a huge fan of Marilyn Monroe and even dyed her hair blonde once. Krystyna was a truly unique person. Anyone who knew her would agree she was one of a kind. She was a very kind,loving, and generous person as well as a tough,fearless no nonsense type of woman.

She eventually came to America with her mother and married Zygmunt Jakubowski. Together they had my sister Beata. She was born with special needs, creating a deeper motherly bond between them. She was then widowed and eventually met my father Steve Wall. My grandmother Helen Krajewska lived with us until she passed away when I was 2. My mother missed her greatly and spoke of her often throughout the years. My father passed away as well less than a decade later. This left my mother without direction and at a complete loss emotionally. Twice widowed, Krystyna was a loving single mother of two daughters, one with special needs.

She bought some real estate. Long story short,she was taken advantage of due to her language barrier and unfortunate level of trust, losing everything including our house. We struggled for years to come. Even so, she remained a strong willed, generous and loving mother and grandmother to her grandchildren Kenneth and Savanna.  Eventually she was diagnosed with a severe case of dementia.

She passed away peacefully at Aria of Brookfield Nursing Home, on January 28, 2022, surrounded by family. She is survived by her children Beata, Rose (Jahan) and her grandchildren Kenneth and Savanna  as well as family friends. She is watching over my sister now at Aria and her soul will live on in all the lives she’s touched throughout the years. I love you mom and we miss you so much already and will never forget the joy and love you brought to us throughout the years.

A special thank you to Juanita and the loving caregivers at Aria that are like an extended family to us.

Help tell the story of Krystyna by contributing to the Life Event Timeline. Upload the photo of an event... 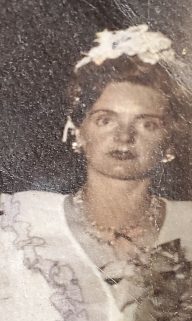 Be the first to share a memory of Krystyna.