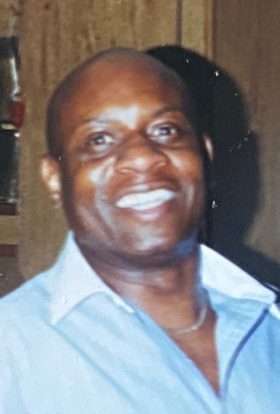 He was born on December 30, 1949, in Racine, WI to Annie W. (Nee: Lewis Williams Rogers) and Elbert L. Person.  He was united in marriage to Desire’ Harper on August 18, 2010.  Their union was blessed with 9 ½ years of marital bliss. They shared a blended family and enjoyed each other’s company immensely in their retirement years in Milwaukee, WI.

He was a devoted, loving, caring and family-oriented father, brother, and grandfather.

He enjoyed being with his family, traveling and visiting friends especially his Uncle William “Skip”(Jovita) Rogers in Washington, DC., Duke Hamilton in Texas and Tony Jones in Texas.  His passions were fishing with his friends Duffy and Carl until his health no longer allowed him to and playing cards with his wife Desire’ every morning – win or lose.  He liked listening to the oldies such as Bobby Womack, Johnnie Taylor and Earth, Wind and Fire.  Johnny would sing along while Desire’ enjoyed listening to his very sexy voice.  Johnny could have been a radio announcer with that voice of his.

Johnny confessed his faith in the Lord at an early age.  He attended Church of God with Reverend Finley who lived next door on Racine Street in Racine, WI.  He later attended St. Martin de Porres Church in Milwaukee, WI faithfully with his wife.  Johnny’s favorite sayings were, “It’s in God’s hands” and “God Bless.”

Johnny received his formal education from Washington Park High School (Class of 1969) in Racine where he lettered in three sports and made All City Basketball and All State and was a member of the student council.  He received his college education from University of Wisconsin, Stout in Stout, WI and Gateway Tech. Racine, WI where he served as a member of the Graphic Arts Club.

Johnny joined the Army and served for two years in Germany as a Nuclear Weapons Specialist from 1972-1974, and reservist until 1978.  In 1975, he started his career with the United States Postal Service where he retired after 35 years.  He worked as a distribution clerk, bulk mail technician, Supervisor, Station/Branch Operations, Supervisor, Delivery & Collection, and Acting Manager, Customer Services.

He was preceded in death by his father, Elbert L. Person, mother, Annie W. Person, and sister, Carol (Leroy) Williams.

A Memorial Service will be celebrated at a later date due to the Coronavirus, at St. Martin de Porres Church 128 W. Burleigh St. Milwaukee, WI 53212. Inurnment will be held at Southern Wisconsin Veterans Memorial Cemetery 21731 Spring St. Union Grove, WI 53182 with military honors.

The family would like to extend a heart-felt “Thank You” to the staff of Compassionate Care Hospice, Brookfield, WI and the VA Zablocki Medical Center in Milwaukee, WI for all their care (especially Dr. Jessica Kuester).

“Rest now Johnny, we love you!”

We Love you RIP

We Love you RIP

Praying for the Person family...may Johnny rest in peace....