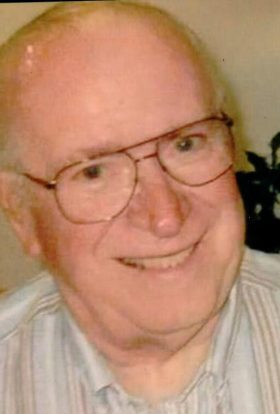 (Jack) Kennedy 84 years young, ended his earthly journey on Saturday 01/09/2021 after many years of health issues.

He is preceded in death by his wife of 42 years, Louise (LeMay) Kennedy, his parents, his sister Kathleen Kort, and grandson Shawn Oliver.

(Jack) Kennedy 84 years young, ended his earthly journey on Saturday 01/09/2021 after many years of health issues.

He is preceded in death by his wife of 42 years, Louise (LeMay) Kennedy, his parents, his sister Kathleen Kort, and grandson Shawn Oliver.

John served his country as a United States Marine from 1955 – 1959. After his service he began working at Pfister & Vogel tannery, where he remained for over 40 years until his retirement. He found joy later in life working for the Goodwill Industries by running the senior meal program in Brown Deer, WI, until his health required him to step down.

He was an original member of the Polka Boosters club in WI, as well as being a member of the D’Holzhacker Baum Bavarian dance group in the 1960’s. In the late 1960’s through the 1980’s he was very active in our family parish, St. Thomas Aquinas, where he served as an usher, was a member of the Holy Name Society, the Men’s Club, and dart ball league. John was also an avid bowler, on many leagues during the 1970’s & 1980’s.

In recent years he was a member of Brown Deer United Methodist Church community and very much enjoyed their annual chicken fry.

John never met a fried chicken he didn’t love, with a cold brew to chase it down. A true meat & potatoes kind of guy. He loved the Badgers, the Packers, and his children have many fond memories of Brewers games with dad, or simply listening to the game on his little transistor radio.

We love you dad! We will miss you forever, but now it’s time for you to rest with mom until we see you again.

Help tell the story of Jack by contributing to the Life Event Timeline. Upload the photo of an event...

Our thoughts and prayers are with you Lisa and your family at this most difficult time. The BEREAVEMENT MINISTRY-BLESSED SAVIOR CATHOLIC PARISH.

A life fully lived... A life fully loved... Our thoughts and prayers to Terri, Brian, Lisa, Scott and Steven ....and all of Uncle Jack's family, as you celebrate him, and walk with him, as he takes steps to the great beyond! Love and hugs to you all. Kim, Tim and Alex Doud