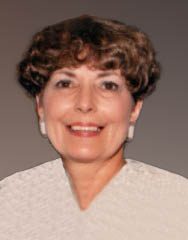 Joanne was born in Milwaukee, Wisconsin to August and Mary Bobb.  She worked hard in her early years being raised by a strict mother and a father who was an intelligent teacher.  Upon high school graduation, she attended Misericordia where…read more

Joanne was born in Milwaukee, Wisconsin to August and Mary Bobb.  She worked hard in her early years being raised by a strict mother and a father who was an intelligent teacher.  Upon high school graduation, she attended Misericordia where she studied nursing and proudly graduated with her nursing degree.  Before and after she married John, she practiced for several years giving compassionate care to patients on and off the clock.  Even years after she stopped practicing, Joanne and John would be watching over and caring for elderly relatives and friends.

With John’s job transfer and required move to Escanaba, Michigan, Joanne fell in love with the upper peninsula and made long-lasting friends with so many people that came into her and John’s lives.  They moved back to the Milwaukee area in the early 80’s where Joanne continued to live until her death.

Joanne’s spunkiness was legendary and those who knew her have their own stories to tell. She said what she meant and meant what she said. Joanne was caring to so many people and their house in Escanaba would usually be the one that Jim’s and Julie’s friends would gather at.

She took great care in the design and interior decorating of her home.  Her Christmas trees looked like something out of a model home, although we knew and shared many family laughs about how many times she had John move that same tree for different angles or how many times she redid the ornaments.  She had an eye for detail with fashion too and every apparel present she gave at Christmas time was adorned with a matching pin or other accessory she took the time to pick out.  She loved flowers and her flower gardens were a vibrant, potpourri of color.

Joanne’s faith was very important to her, and she knew God was the answer.  As a mother and grandmother, she listened, encouraged, and inspired with true Christian values.

Joanne was predeceased in death by her loving husband John, brothers Jerry and Al, sisters Lucille and Peg, and infant son Michael.  She is survived by her son Jim (Kim) of Waukesha, daughter Julie of Milwaukee, granddaughter Kelsie of Washington DC, and sister Eileen (Fred) Koester in Virginia.

Special thanks to Heritage at Deer Creek and Brighton Hospice for taking such good care of “JoJo.”

Private family services to be held.

Help tell the story of JoJo by contributing to the Life Event Timeline. Upload the photo of an event...

Be the first to share a memory of JoJo.