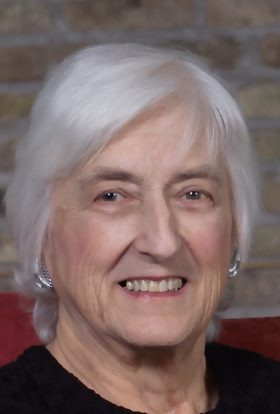 Janet was born on November 26, 1941, in Milwaukee, WI to Florence and Herman Nagel. She was a “twin sister” to Janice and younger sibling to Florence (Floss).

Janet was born on November 26, 1941, in Milwaukee, WI to Florence and Herman Nagel. She was a “twin sister” to Janice and younger sibling to Florence (Floss).

Janet graduated from Cudahy High School in 1959 where she enjoyed radio science and participating in theater. She later received a teaching certificate from the Racine-Kenosha County Teachers College in 1961 where she excelled at basketball.

She started working at Allen Bradley and soon after went on to marry in September of 1965. Janet was the beloved wife of the late Thomas Siettmann for 41 years. Together they were blessed with four children: Erick, “twins” Glenn and Donna, and her youngest Kyle.

After raising her children, she went on to work at First Wisconsin, Second Harvesters, Barry Trucking, and finally at MPS where she combined her love of food and children as their “favorite lunch lady”.

Over the years she gave back with many volunteer roles. She served as a Cub Scout leader at the district level and “Den Mother”. She was a church steward at Sacred Heart Parish in St. Francis, and at one time, she and Tom ran a food pantry out of their basement which supported many in their community. Together they also managed “church bingo” for almost a decade.

In her most recent years, she was very involved at Forest Ridge Senior Apartments where she took great pride as their “craft room co-organizer”. She was asked to serve on the “welcoming committee,” and helped staff the “country store”. She also played a huge role in seasonal and event decorating at Forest Ridge where she last resided.

In life, Janet was an avid card player and spent lots of time “winning” at cribbage, sheepshead, and canasta. She also enjoyed hunting and fishing which she turned Tom onto. Together in their retirement they were able to travel to almost “all 50 states” and National parks in their 1999 white Chevy Suburban and “Hi-Lo” camper. They made lasting memories and brought back many stories to share with their family for years to come.

As many of you knew, Janet also loved cooking, baking, and gardening. She relished in trying “new recipes”, winning the “chili cook-off” at Forest Ridge and later proudly displaying her “red-hot chili pepper trophy!”

Janet also had many talents, one being a prolific knitter starting and participating in many “knitting circles” over the years. She had a focus on “hats and scarves” especially, making it a priority to donate many to the needy and even helped run a donation drive in her later years.

She was a dedicated and spirited Packer fan and loved cheering for her favorite team dressed in her most recent “green and gold”!

Last, but not least, she had a love of “Wii bowling,” having played on some very competitive and winning teams at Forest Ridge!

It is clear that Janet was a “lover of life”, a cheerleader to many, and had a huge heart that just kept on giving. She will be sorely missed.

Janet is survived by her children Glenn, Donna, and Kyle (Susie).  Loving Grandmother of Lily, Elise (Elli) and Maya.  Her sister Janice Duford, in-laws George Siegel, Robert and Susan Siettmann and Jean Siettmann. She was further survived by many beloved nieces, nephews and God children along with many other special relatives and friends.

A special thank you to Dr. Nordin, Dr. Port, and Dr. Pant, for their ongoing care and support of Janet.

In lieu of flowers please make donations in Janet’s name to the American Diabetes Association.

She will later be interred with her loving husband at the Southern Wisconsin Memorial Veterans Cemetery in a private service.

In lieu of flowers please make donations in Janet’s name to the American Diabetes Association.

Help tell the story of Janet by contributing to the Life Event Timeline. Upload the photo of an event...

Be the first to share a memory of Janet.