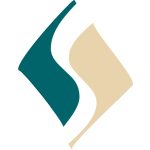 James Robert Jenkins born May 26, 1940, in Milwaukee, WI. to Marie and Shellie Jenkins, the proud parents of 12 children, which James was the 11th child of that perfect dozen, 6 boys and six girls.

James Robert Jenkins born May 26, 1940, in Milwaukee, WI. to Marie and Shellie Jenkins, the proud parents of 12 children, which James was the 11th child of that perfect dozen, 6 boys and six girls.

He received his formal education from the Milwaukee Public School System as well as Milwaukee Seventh-day Adventist School.

James worked for the City of Milwaukee as a Sanitation Engineer, then on to Wisconsin Electric now known as WE Energies as an Arborist until his retirement.

He had a love for Jazz music and he spent hours at the Washington Senior Center listening to all things Jazz!  When there was Jazz in the Park he would be found amidst the crowd listening and enjoying the music of whatever artist that came to perform.

James also would be found in deep discussions about boxing matches, and sports of every kind. He thought of himself as an expert on who was better at any given sport be it basketball, boxing, baseball, soccer, and swimming.

James was a very generous person to his family.

He cooked a bit but loved to eat at his favorite fast-food restaurant Culver’s, where they played Jazz.

James, to those who knew him best, understood him to be a very private person and pretty much kept to himself, except to have holiday dinners that included family over his sister Gloria’s home, whom he lived with for a period of time.

James was proceeded in death by his parents, Shellie and Marie Jenkins, brothers, Paul, and Shellie, sisters, Wallie-Ann, Velma, Gloria, Ellen, and Mabel. He leaves to cherish his memory brothers, Samuel, Nathaniel (Clairese), Philip (Pauline), sister Yvonne and nieces and nephews and a host of other family and friends.

Help tell the story of James by contributing to the Life Event Timeline. Upload the photo of an event...

Be the first to share a memory of James.