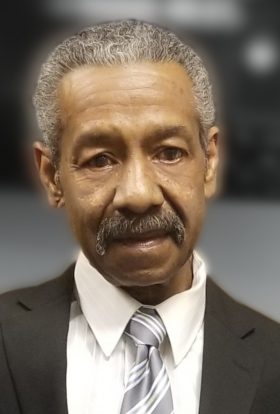 Donald was the third child of Archie George Morris Sr. and Helen C. Ross, born on Sunday, May 4, 1952 at Saint Anthony’s Hospital in Milwaukee, Wisconsin. Donald’s brothers Archie Jr. and Larry welcomed him into the world. His sister Sara was born a year later. Brion, Edwin and Jimmy cam…read more

Donald was the third child of Archie George Morris Sr. and Helen C. Ross, born on Sunday, May 4, 1952 at Saint Anthony’s Hospital in Milwaukee, Wisconsin. Donald’s brothers Archie Jr. and Larry welcomed him into the world. His sister Sara was born a year later. Brion, Edwin and Jimmy came next. Donald was 6 years old when his father died. His mom later married Theodore “Jack” Higgins and they had three girls: Doris Jackson, Yvonne Griffin and Karen Holland.

His Future is Bright!

Four days before his death, Donald attended the annual event of the Memorial of the death of Jesus Christ at his home with his sister Sara and his brother Jimmy. During that event which carried the theme, “Appreciate What God and Christ Have Done for You”, God’s own words were discussed that state righteous people would live forever on a paradise earth.

Additionally, God promises that those who have done “right” by his standards; dedicating their lives to him and doing his will, even though they die would be “resurrected” to life again and live in an earthly paradise.

“Do not be amazed at this, for the hour is coming in which all those in the memorial tombs will hear his voice and come out, those who did good things to a resurrection of life.” (John 5:28,29)

Although he made his mistakes and could have done more with his children, Donald was working hard to do “right” by God; accepting a Bible study, attending Christian meetings weekly, reading God’s Word regularly, sharing God’s Word in the community. Because of his active efforts, can you see how he could be counted as a righteous one although imperfect? Remember what God said the future of righteous ones would be who fall asleep in death? The Bible teaches that those who are resurrected won’t have any illnesses, nor pain, in fact they will “return to the days of [their] youthful vigor”! (Job 33:25)

“And he will wipe out every tear from their eyes, and death will be no more, neither will mourning nor outcry nor pain be anymore.” (Revelation 21:4)

One thing for sure, is that God cannot lie. He will fulfill all of his promises (Isaiah 55:11). Can you see why Donald’s future is so bright? While he awaits Jesus’ call to live again, the Bible states that he is now peacefully asleep. (John 11:12, 13)

You will be dearly missed my brother. Looking forward to seeing you in the new world. Love you much! Your baby sis ❤️