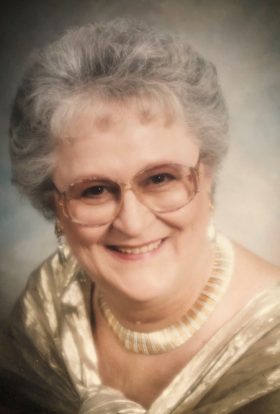 Carol was born to Wayne and Grace Thibado in Dunn, WI. Her mother divorced and moved to Menomonie, WI where she raised her daughters on her own (Doris, Eva Jean, and Carol, the youngest).

Carol was born to Wayne and Grace Thibado in Dunn, WI. Her mother divorced and moved to Menomonie, WI where she raised her daughters on her own (Doris, Eva Jean, and Carol, the youngest).

Carol’s strong work ethic probably came from her mother who worked at Uniroyal Tire in Eau Claire, WI while raising her three daughters.

Carol married Bud O’Connell at 17 and gave birth to her eldest son, Randy. After a brief time in St. Paul, MN Carol divorced and moved to Chicago, IL and worked as a “dice girl”.

Along the way she gave birth to her only biological daughter, Mary at Cook County Hospital in Chicago, eventually marrying Edward Ayers. Moving back to Menomonie, that marriage lasted maybe 2 years.

Carol then moved to what turned out to be her long- term residence, Milwaukee, WI. She worked on the assembly line 30 years at Briggs and Stratton, before retiring at age 52.

Early on she met her then neighbor Manuel Cuellar, a foreman at Mrs. Karl’s Bread. “Manny” had two children of his own, Loretta and Anthony. The couple “eloped” to Illinois and got married.

Carol and Manny held their blended family together with both hard work and hard play. In 1964 another family member entered, that being Brian.

Carol and Manny enjoyed an active lifestyle centered around partying, bowling, and going “up north”, meaning back home to Menomonie and yearly sojourns to Landing Lake, near Land-O- Lakes, WI where Manny plied his skills as a fisherman.

Unfortunately, Carol and Manny divorced in 1972 breaking up the “Brady Bunch”.

It would be remiss not to mention her long term relationship with Bill Clark. They lived in Milwaukee, but spent a couple years at Phantom Lake near Mukwonago, WI where they ran a general store, while she continued to work at Briggs.

“Coolie” enjoyed her trailer near Random Lake and taking the kids there. It was known that one had to be careful, as anything could end up on the grill. She would grill pizza, French toast, and anything else she got her hands on. She was a true disciple of the Rachel Ray cooking cult.

Carol M. Cuellar’s long run ended at age 83. She is survived by ex-husband Manuel Cuellar, daughters Mary and Loretta, sons Randy, Anthony, and Brian, half- brothers Wayne, David, and Kenny, half-sister Linda, numerous grandchildren, great-grandchildren, nieces, nephews, her great friends Thelma and Lupe’ and a host of others she met along the way.

Carol was a polio survivor for those who did not know. Who would have known actually? She was not to be denied.

Carol M. Cuellar would like to be remembered in the following way: Loving and kind in all her ways. Upright and just to the end of her days.

Sincere and true in her heart and mind. A beautiful memory she left behind.

She had a nature you could not help loving. A heart that was purer than gold and to those who knew her, her memory will never grow cold.

We love you “Coolie”. May you rest in peace.

Help tell the story of Coolie by contributing to the Life Event Timeline. Upload the photo of an event...

Rest assured Mom, we will honor your life with an event after this Covid 19 issue is behind us. I miss your perspective each day and you are on my mind.

Rest in Peace Grandma C. You will be dearly missed. Cheryl

Grandma we shared a lot of time together and created a lot of good memories even with my boys! I wish we had more time and know that I love you and miss you until we meet again ♥️ Although it hurts so bad I’m glad your no longer suffering. Now I have both my angels on earth watching over me from the heavens

Mom, I love you